ALBUQUERQUE, N.M., June 13, 2017 /PRNewswire/ — In 2015, Game of Thrones creator George R.R. Martin seed funded an unlikely startup: Meow Wolf. Described by the LA Times as «futuristic» and the NY Times as «immersive storytelling», Meow Wolf raised $3 million from investors like George R.R. Martin and reached profitability in an astonishing 12 months. Now recognized nationally as the future of themed entertainment, the story of Meow Wolf’s meteoric rise started in 2015 when the artist collective applied to Creative Startups, the world’s first and leading startup accelerator for creatives. 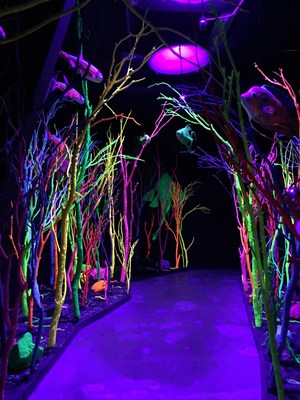 At Creative Startups, Meow Wolf gained a sterling business education designed by current and former Stanford educators, connections to world-class mentors, and also took 1st place and $25,000 in seed funds on pitch day. They used Creative Startups’ infusion of cash to connect with the accelerator’s network of private equity investors—raising several million more to fuel their expansion into new markets like Denver and Austin.

«We weren’t surprised by Meow Wolf’s success. We know lots of creatives are also rock star entrepreneurs cloaked in words like ‘designer,’ ‘music producer,’ or ‘artist,'» explains CEO and Co-founder of Creative Startups, Alice Loy. «The starving artist is a thing of the past.»

At Creative Startups artistic people become founders and CEOs learning how to direct their talents toward solving market and product challenges. Vince Kadlubek, CEO and Co-founder of Meow Wolf described his epiphany: «Before Creative Startups, I felt like a scam artist, someone trying to beat the system. Creative Startups made me realize that I was actually an entrepreneur.»

Cities around the world have inquired about licensing the accelerator and the short pre-accelerator LABS program. Loy says, «Peru, Malaysia, Australia, El Salvador, Qatar, and Portugal, are all in the pipeline.»

Creative Startups’ 2016 Impact Report describes the program in full. With the graduating founders 70% women or minorities, since 2015, the nonprofit accelerator has hosted 41 startup companies that have gone on to raise $9 million in private investments and generate $8 million in new revenues. Impressively, 90% of their alumni companies are still going strong.

All applications for startups are NOW OPEN. Please go to our website during the dates listed below:

To view the original version on PR Newswire, visit:http://www.prnewswire.com/news-releases/creative-startups—-the-worlds-leading-accelerator-for-creatives-such-as-george-rr-martin-funded-meow-wolf—-now-open-for-applications-from-creative-industry-companies-300472683.html