TAOS, N.M., July 8, 2021 /PRNewswire/ -- Taos Bakes, an alternative snack company specializing in small-batched, healthy, gluten-free snacks made from non-GMO and organic ingredients, is proud to announce a new partnership with Erin Andrews and Troy Aikman to change expectations around what "healthy snacking" looks, feelsand most importantlytastes like. Andrews and Aikman will team up with the New Mexico-based snack shop to promote the brand while sharing their personal passion for tasty wholesome foods and holistic nutrition. 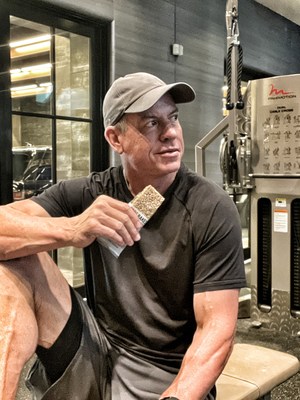 Erin Andrews, sportscaster, and TV personality has joined football legend Troy Aikman to help drive online and in-store awareness for Taos Bakes. The partnerships are inspired by Andrews' and Aikman's affinity for health and wellness and passion for great snacks with wholesome ingredients. Set to kick-off in July, the multi-faceted partnership will include crafting unique marketing content, social media efforts that drive Taos Bakes sales and subscriptions and galvanizing distribution efforts with key retailers. Ideabar, an integrated brand and media agency, has also been working closely with Taos Bakes and the influencers to launch this project and score points with customers.

For Erin Andrews, work, travel, and family responsibilities can be, to put it mildly, complex. One area Erin has chosen to simplify is her approach to "healthy food." To Erin, this means making food choices that are convenient, taste great, and made with wholesome ingredients.

"Being on the road during the football season, I don't always have time for a full meal and that's where having a healthy snack nearby is important," said Andrews. "That is why Taos Bakes, with their wholesome ingredients, is my go to bar."

Professional football champion, Troy Aikman spent decades atop the athletic world, thanks in part to his healthy diet and eating habits. After his career, Aikman's commitment to fitness has remained as strong as ever, as has his focus on wholesome foods and ingredients. He decided to partner with Taos Bakes after learning about the company's dedication to making good food that tastes great while redefining what eating "healthy food" really means.

Aikman said, "I'm thrilled to partner with a brand that aligns with my views on holistic health and whole ingredients. Once I took a bite of the toasted coconut bar, I knew I needed to work with Taos Bakes to share their products with as many people as possible."

Founded by best friends Kyle Hawari and Brooks Thostenson, Taos Bakes has been obsessed with creating great tasting food for over a decade. Taos Bakes now creates 11 flavors of bakes and has launched three new products, Taos Bites, Trailblazer Granola, and Cosmonuts in the last 12 months.

"This partnership with Erin and Troy is an incredible moment for Taos Bakes," said Kyle Hawari, Executive Chairman and Co-Founder of Taos Bakes. The fact that two influencers of Erin and Troy's stature share our belief in great-tasting healthy foodand are willing to join us on this journeymeans that what we are doing resonates. People want healthy food to be intuitively natural. For us, that has always meant using the simplest, cleanest, non-GMO, and organic ingredients to make the best-tasting, wholesome snacks possible.

Taos Bakes is not your average snack bar. We make healthy, gluten-free bars, bites, granola and nuts to fuel families across the United States  fantastic flavors like toasted coconut, almond agave, pecan praline and maple, pinon coffee, and more. Our mission is to bring taste to the forefront while using only the best, healthiest ingredients. We are a privately held company based in Taos, N.M.

To learn more about Taos Bakes and their products, visit https://www.taosbakes.com/

Erin Andrews is an Emmy nominated sports broadcaster as part FOX Sports' A Team.  Andrews can be seen weekly on "FOX NFL Sunday," a show that records a staggering 56.4 million unique viewers, doing sideline coverage and features, as well as reporting for "NFL Thursday Night Football" and "America's Game of The Week," the most-watched show in all of television for the last 12 seasons and most-watched NFL window for the last 20 seasons.

Earlier this year, Andrews launched a podcast that she co-hosts with Charissa Thompson called "Calm Down with Erin and Charissa" for iHeartRadio. The podcast consists of unfiltered conversations between two girlfriends about life, gossip, sports and pretty much every random topic that needs to be dissected.

Andrews' recently added "creator" to her long list of titles with the launch of her women's NFL apparel line, WEAR by Erin Andrews. The fashionable, comfortable and subtle line, designed for women to wear anywhere and everywhere, has quickly garnered notable attention- becoming one of the top  NFL women's only brand since it launched in October 2019. Due to overwhelming demand, WEAR has expanded to the NBA, NCAA and NHL and is projected to double in sales in 2021.

In addition to being a trailblazer in the sports world, Andrews also made a name for herself in entertainment as she co-hosted ABC's long-running reality series, "Dancing with the Stars," alongside Tom Bergeron for 11 seasons. Having a unique perspective on the competition, Erin was also a contestant in 2010, where she was paired with Maksim Chmerkovkiy and earned third place. Recent notable appearances include her coverage of Super Bowl LIV, Super Bowl LI, Super Bowl XLVIII, the 2021 NFC Championship Game, the 2015 & 2014 World Series, the 2015 & 2014 MLB All Star Games and hosting FOX's "Prime Time College Football Pregame Show." Prior to her move to FOX, Andrews spent eight years at ESPN where she hosted the first hour of ESPN's "College GameDay" on ESPNU and was a features reporter for the full three-hour program, congruently serving as a sideline reporter for NCAA football and basketball games.  Erin began her career with Fox Sports-Florida South as a freelance reporter and Tampa Bay Lightning reporter for the Sunshine Network. She joined ESPN in May 2004 as a reporter for the network's National Hockey League coverage and quickly become a fan favorite, transitioning into college football and basketball.

Troy Aikman has harnessed the drive and dedication that formed the foundation of his Hall of Fame football career with the Dallas Cowboys in numerous successful business ventures since retiring from the game following the 2000 season. Through broadcasting, real estate, and The Troy Aikman Foundation, Aikman has quickly discovered numerous ways to keep himself occupied in "retirement". After leaving the playing field, Aikman joined the NFL on FOX full-time as a game analyst. He quickly displayed the accuracy and work ethic that marked his playing career and moved up to FOX's No. 1 broadcast crew prior to the 2002 season. Teamed with Emmy Award-winning play-by-play announcer Joe Buck, the duo has impressed both critics and fans with the consistently entertaining and informative brand of coverage they provide. He has received three nominations for an Emmy for his broadcasting efforts and has broadcast four Super Bowls (XXXIX, XLII, XLV and LI).

Prior to joining the Cowboys, Aikman passed for 5,298 yards and 41 touchdowns in two years at UCLA. During that span, the All-American led the Bruins to a 20-4 record. In 1999, he was inducted into the UCLA Sports Hall of Fame. Selected by the Cowboys with the first overall selection in the 1989 NFL Draft, he became the first rookie quarterback to start a season opener for Dallas since Staubach in 1969. Born November 21, 1966, he was raised in Cerritos, California. At the age of 12, his family moved to Henryetta, Oklahoma where he went on to earn All-State honors at Henryetta High School. He resides in Dallas, Texas with his two daughters, Jordan and Ally. 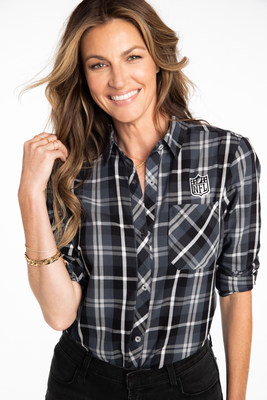