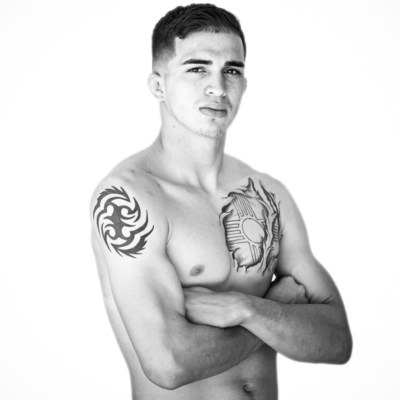 «I am so humbled by the opportunity in front of me,» said Rivera about his upcoming championship fight. «To be considered to compete for the Inaugural Flyweight Title is a tremendous honor and I couldn’t be more excited to train for this fight.»

«When I saw Roberto listed as potentially the top Flyweight for LFA I knew I had to step into the cage with him,» says Rivera. «He was definitely on my short list of fighters that I would love to test my skills against. I got all my wishes and all that is left now is to show LFA, AXS TV, and Houston, TX that it’s my time now.»

Rivera started his career as an amateur in 2013 and after a perfect four-fight streak transitioned into the professional ranks. As a professional, Rivera would rattle off five victories in less than a two-year span notching four finishes via submission. After taking 18-months off from the sport, Rivera has recently re-inserted himself in the mix of rising prospects poised for a breakthrough.

«Jerome has worked extremely hard to get to this point,» said Joshua Montoya, Rivera’s head coach and mentor. «I have worked with this kid since the day he walked into my gym doors seven years ago. The passion of this young athlete is off the charts and if you take into consideration how humble Jerome is, then you’d know he could be the real deal.»

Rivera is enjoying the momentum of back-to-back victories over a two-month span setting up 2017 to be the best year yet of his young mixed martial arts career. Equipped with talents in all facets of combat, Rivera most recently showcased his dominance against formidable foe, Zac Riley, when the two faced off on the AXS TV featured television fight at LFA 10 on April 21st.

Jerome’s success led to a recently signed three-fight deal with LFA. The first of the three fights on the deal starts on June 23rd at LFA 14 and ensures Rivera’s placement among the best prospects in the sport competing for what is considered to be the top developmental platform for fighters hoping to make it to the Ultimate Fighting Championship (UFC).

Rivera vs. Sanchez will be televised live on Friday, June 23 on AXS TV. Tickets to the event at Arena Theatre in Houston, Texas can be purchased HERE.